On January 16th, I attended a New Years Party at Onion Restaurante in Nagahama. However, this was not your typical Japanese restaurant or party crowd. Considering Japan’s fairly strict immigration policy, it might surprise those less familiar with Japan’s history that certain prefectures have sizable immigrant communities, and not just Tokyo or urban centers. In 2009, research reports 3,645 foreigners living in Nagahama, 2,447 of those coming from Brazil. With that many people, having a restaurant in the area that serves their cuisine is a must.

After arriving at the already lively restaurant and being greeted by a variety of faces, I was given a filled glass and we went around teaching each other how to toast in our first language (see above; the order for those curious is Japanese, Chinese, Portuguese, then English). 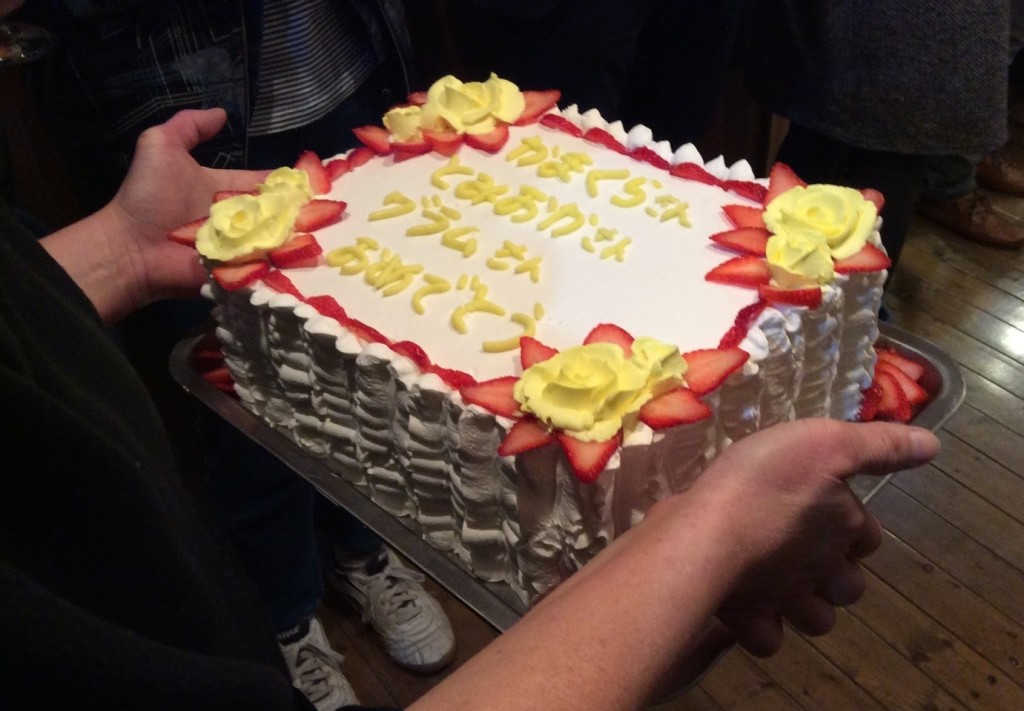 I mentioned that it was a New Years Party, but we also celebrated three birthdays with a beautiful cake and hilarious gifts. Who doesn’t love anime-eye glasses or blond pigtails? 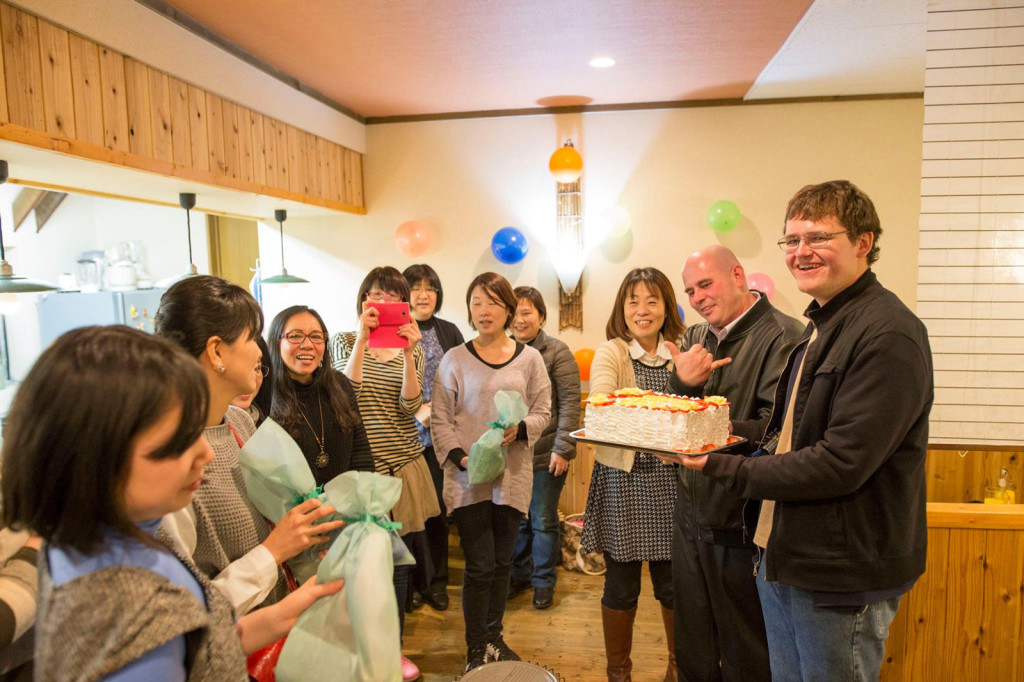 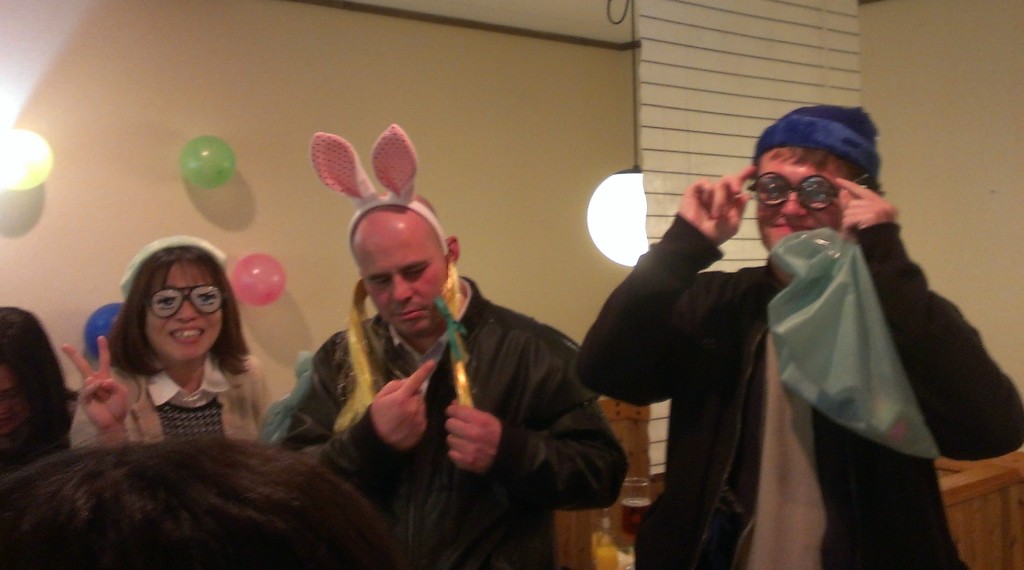 In total, there were about 20-25 people, many of whom I got the chance to speak with. I was pleasantly surprised to discover my friend who is half Chinese half American at the party with her host mother and a friend of the host family. The diversity of attendees was refreshing, as there was both children and adults, male and female, and a plethora of places called home; such as Hong Kong, Sau Paolo (Brazil), Surallah (Philippines), the United States, Japan, and more. Some were teachers of English, and some worked for government offices. Many of the people there could speak more than one language, and I enjoyed being able to practice my Japanese, help others practice English, and listen to the tones of Brazilian Portuguese, among others.

Dinner was spectacular. When the chef had readied a plate for me, I was still standing and chatting with people around me, and hadn’t yet decided where I sit and whom I would eat with. Without hesitation, I was lead by bunny-ears to a table with three Brazilian-Japanese women and one son to eat. At first, conversation was slow as we ate the incredible meal before us (a delicious pasta and sausage dish), but it wasn’t long before introductions were made and we chatted about hometowns, favorite food, and least favorite kanji. As we waited for the cake to be cut, small Brazilian truffles were passed around.

Sitting and talking with the women at my table, watching them pull out instructions for sewing a small cute pouch, I realized that this event must be one of many that are considered essential for this intercultural community. In order to enjoy the food familiar to them, speak comfortably, exchange news, meet other members of their community, and more, organizing events like this is an important part of their life here in Japan. It is for this reason that international groups and institutions have appeared here, like NIC, the group that organized this party, and the Nagahama International Cultural Friendship House “GEO” which I visited the following week. 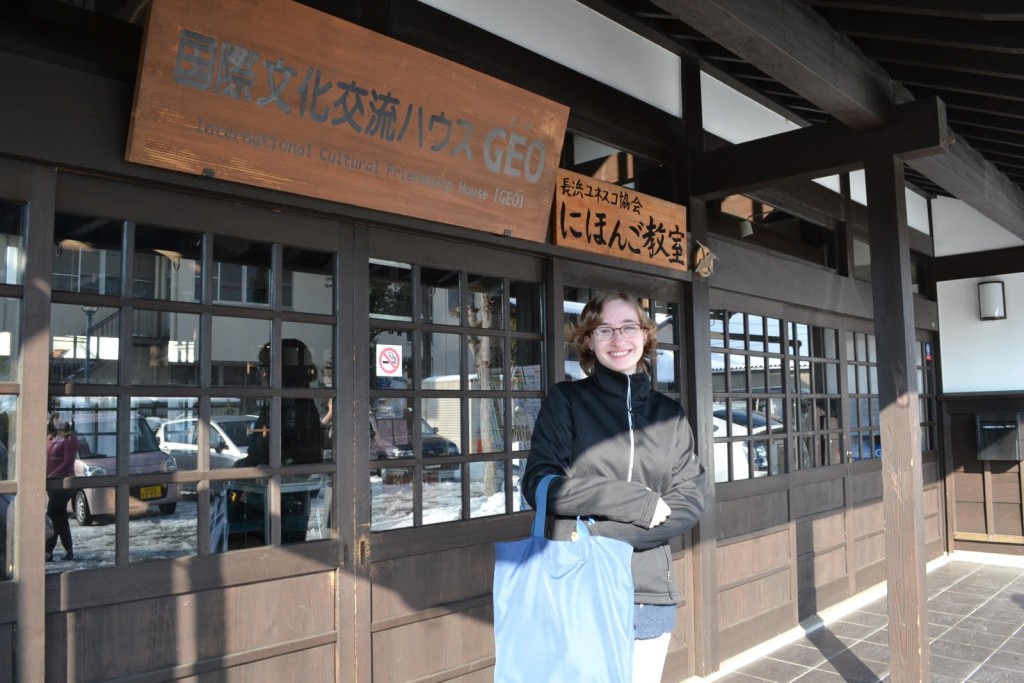 The name GEO references the Greek work for “earth”, and represents Nagahama’s hope and support for global friendship. This location is used by many locals like the people in attendance at Onion Restaurante’s New Years Party. 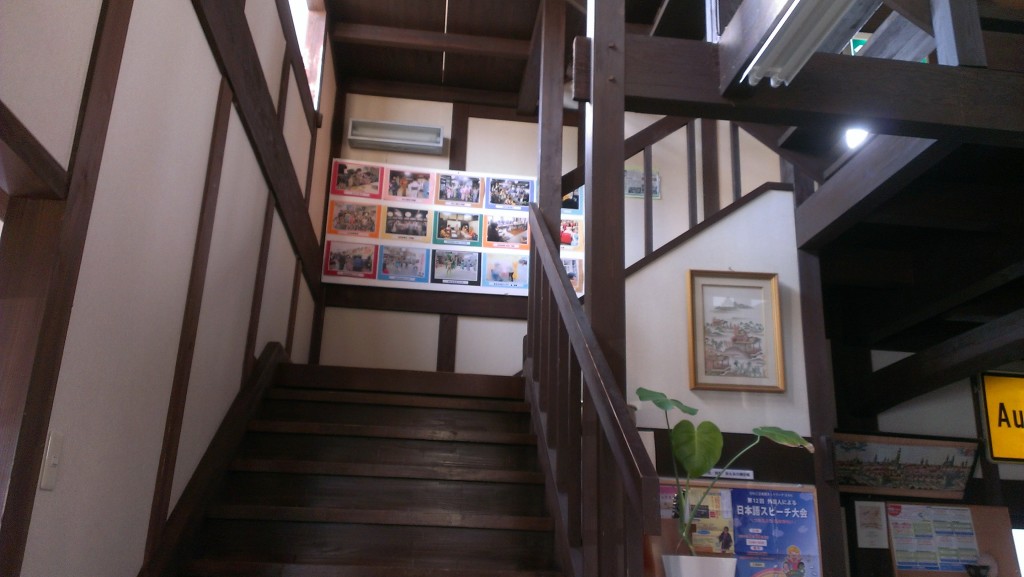 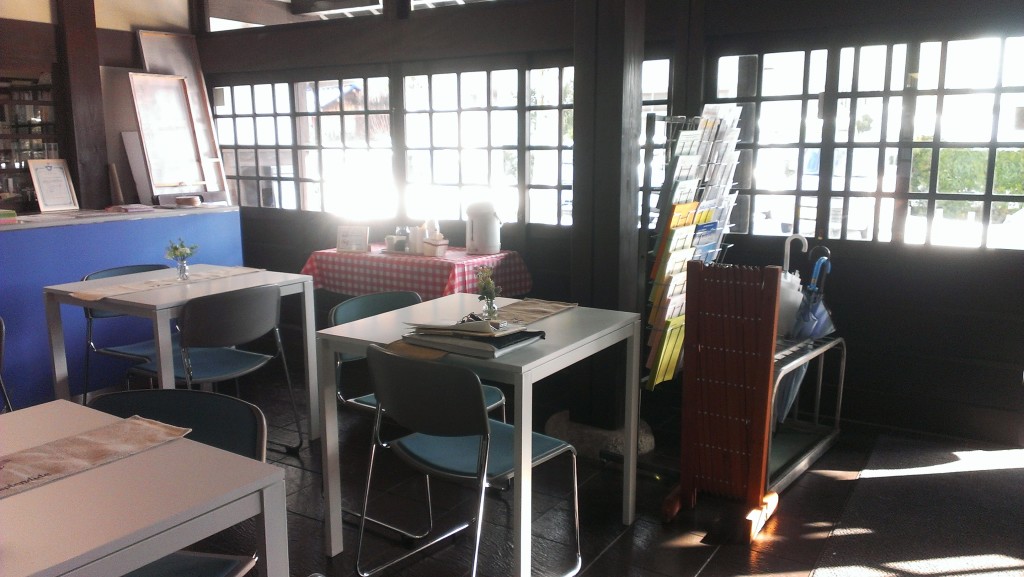 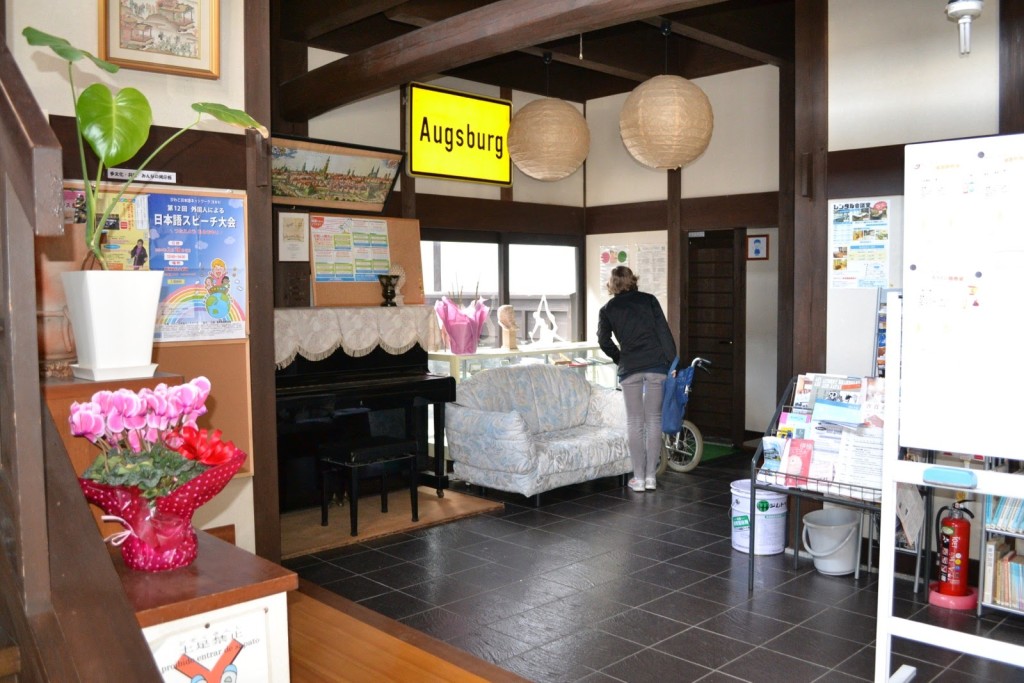 GEO offers a relaxing environment that the community can come and use as they like. There are several conference rooms for rent and even both Japanese and Western styled rooms for overnight hotel-style accommodation available. They offer classes in Spanish, Chinese, English, Korean, Portuguese, and Japanese, not to mention classes for children as well.

Many resources are also available for use, such as dictionaries and reading material. I was amazed and heart-warmed by the fact that there were newsletters offered in eight different languages! The extent of community support is no small thing. There were signs on the wall with health information translated and the staff were friendly and extremely kind.

If you are interested in experiencing Japan’s minorities, or are simply looking for a place that can help, Nagahama wins my heart in terms of being foreigner-friendly. I hope in the future to see even more support and interest for Brazilian-Japanese culture, among other minorities, but right now they have the parts that mean the most: community and communication.