On a recent family weekend outing, I made my second visit to the Lake Biwa Museum ( 琵琶湖博物館 or Biwako Hakubutsukan ) which provided a fun afternoon for the kids, but was equally engaging for us grown-ups, and is highly recommended for anyone interested in learning about Japan’s largest lake and its impact on local Shiga culture and history. Situated along the lake’s eastern shore in Moriyama, you can enjoy the lake itself in the adjacent park or spend more time outdoors at the neighboring Botanical Garden.

If you’re driving, you’ll park by the lake, greeting you with a scenic view before making your way up a nice wooded path to the museum. It looked like they were working on adding more walking paths, but portions are still under construction and we just took the main one straight up to entrance. 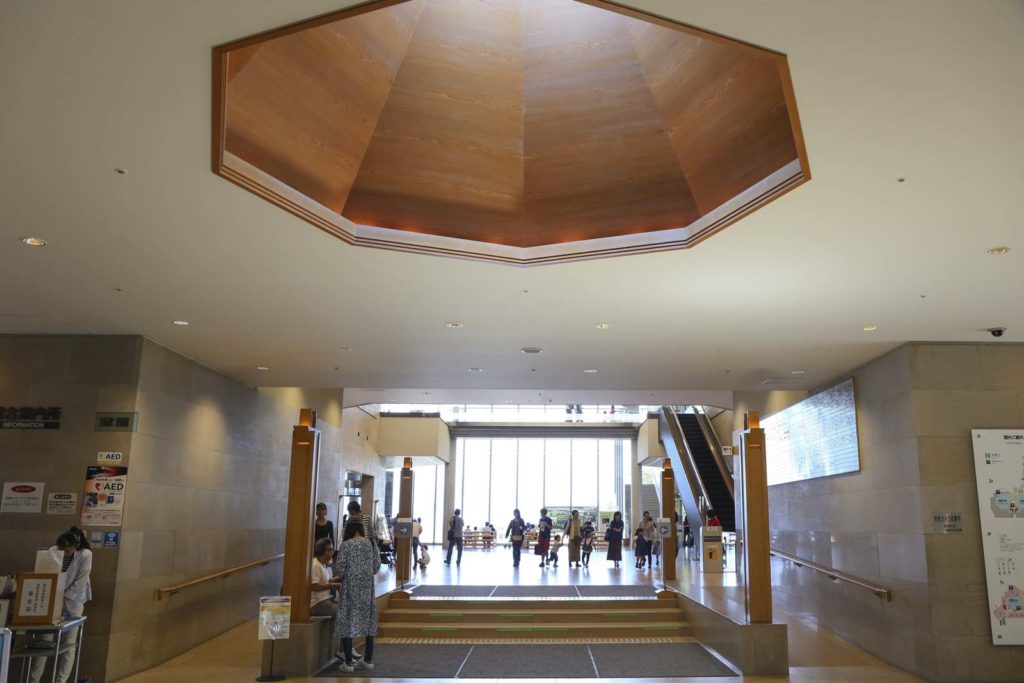 The museum entrance fee is ¥750 for adults, ¥400 for high school or college students, and free for all kids junior high or younger. There are audio guides available in English, as well as Chinese, Korean, and Portuguese. I actually didn’t try the audio guides, but it may be worth your while as many of the exhibitions only provide limited English written information, usually display titles are multilingual, but descriptions are Japanese.

Cameras are allowed through most of the exhibits (with the exception of an art gallery space) so I took plenty of photos which I’ll use to help share some of the highlights here. We first headed for the aquarium which is the museum’s main attraction. 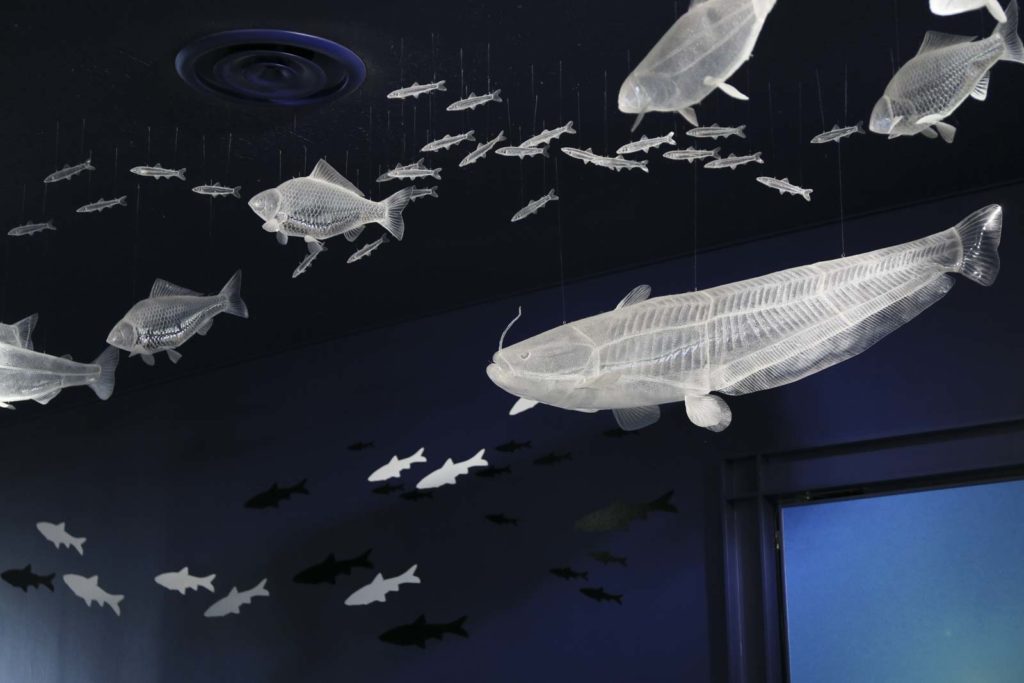 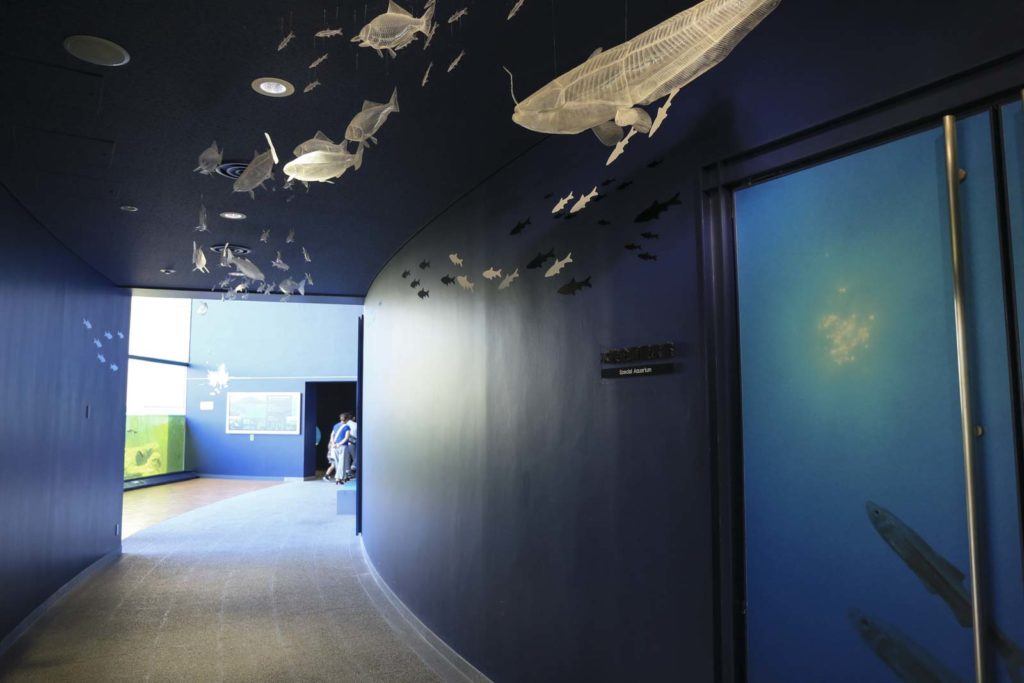 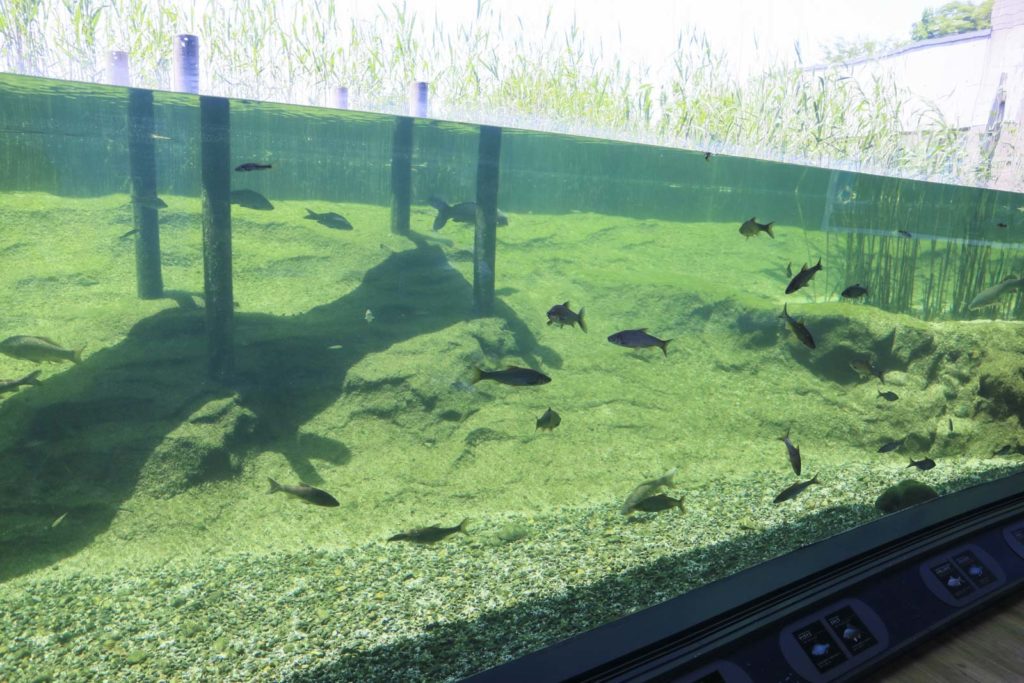 While more modest than Japan’s numerous popular seawater aquariums, this freshwater aquarium is still well-organized and designed to showcase the local indigenous species of the Lake Biwa ecosystem, as well as other freshwater life from around Japan, Asia, and beyond.

One area featured a recreation of a fish market, including a plastic replica of the local Shiga specialty, funazushi, a very old form of fermented sushi with a strong odor that usually scares off all but the bravest of eaters. While the replica is odorless, they made up for it by including a “smelling station” in front of the model 😀 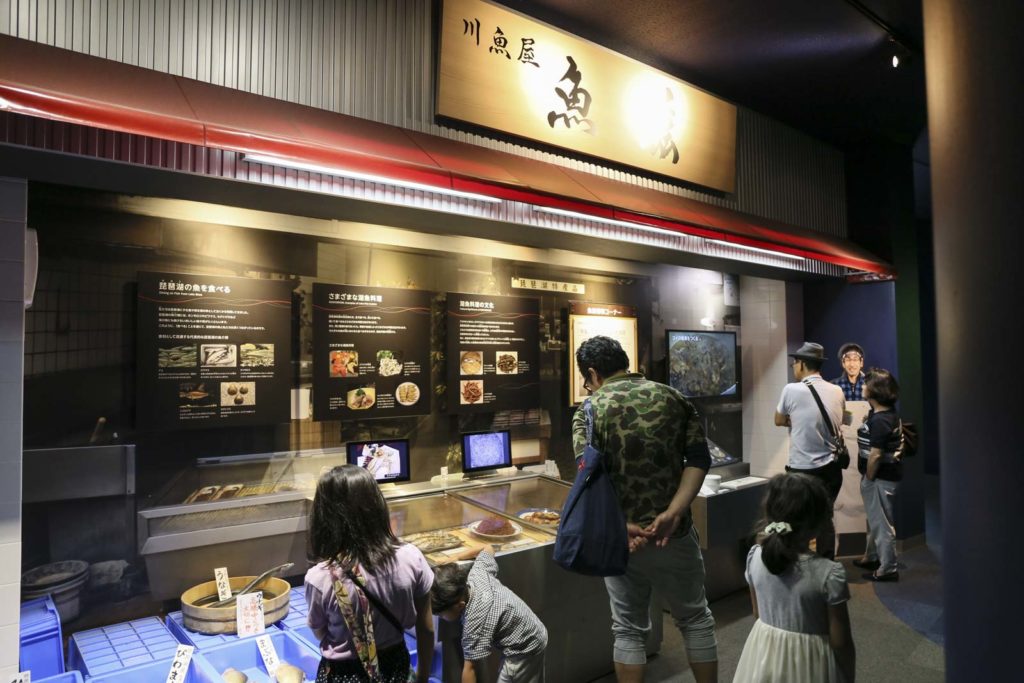 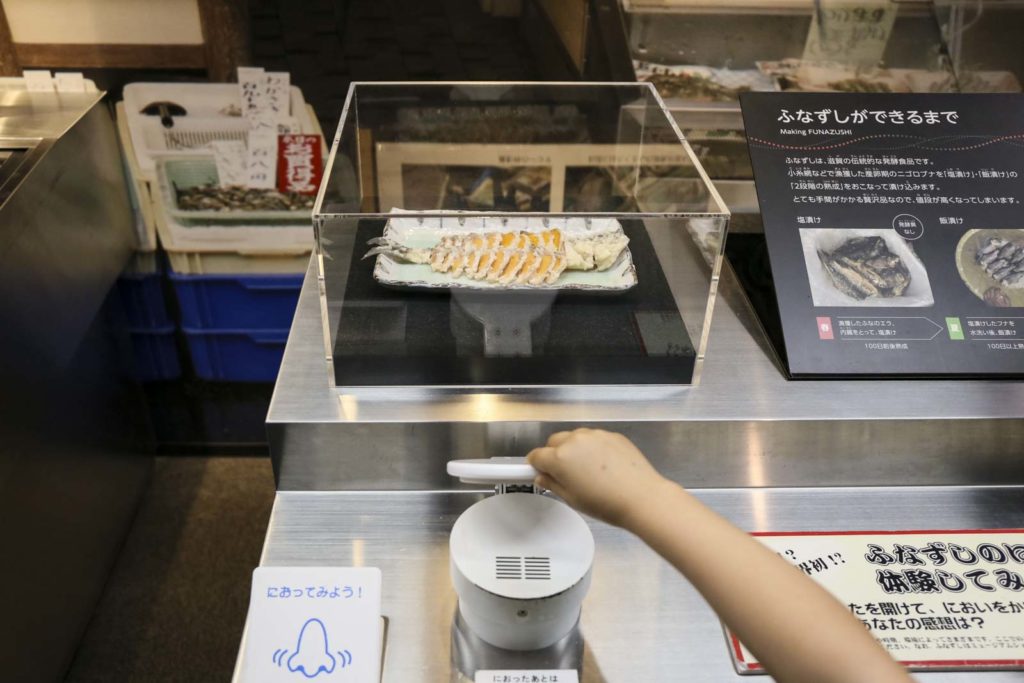 The international tanks included more colorful species as well as a unique freshwater seal from Siberia, the Baikal seal. The little seal was very active and cute and seemed to always have an audience of fans.

Towards the end of the aquarium area, there’s also a hands-on area where kids can pick up crayfish and put their hands into a couple tanks. I didn’t get a close look at what kind of fish were here, but our daughters had fun with them. 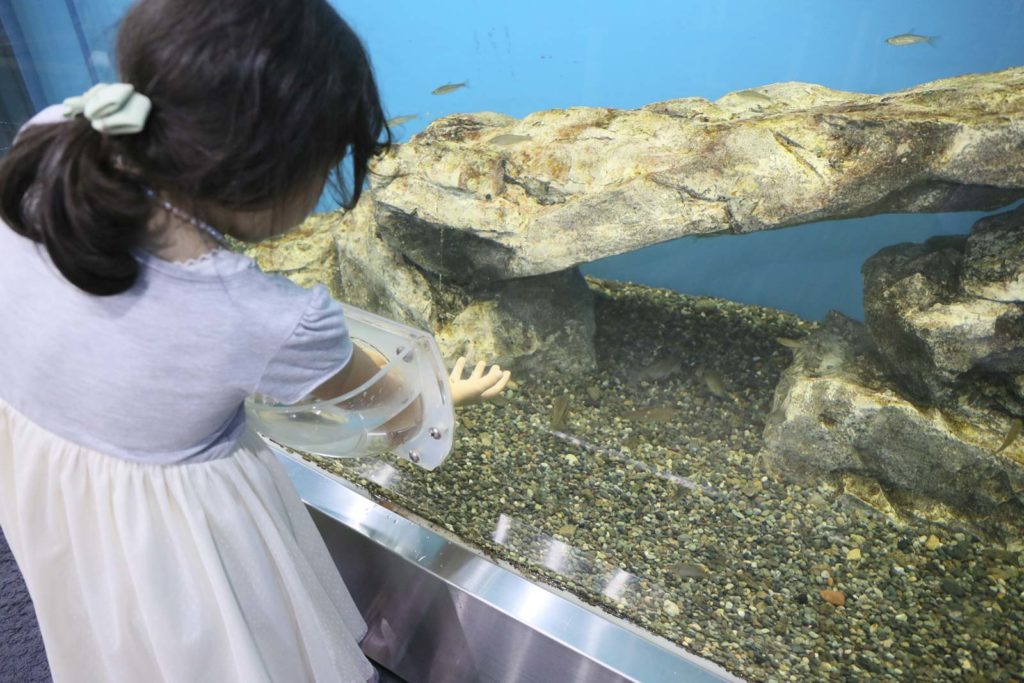 Continued on Page 2 for the rest of the museum. Next stop “Micro World” …