Kyorinbo (教林坊) is a local Buddhist temple in Azuchi-cho, which is now part of Omihachiman City. I actually used to teach at a school very near here, but had never even noticed it since it’s tucked away by a small mountain, behind a narrow maze of residential streets.

Most visitors probably come for the fall colors of red Japanese Maples surrounded by green bamboo, or the beautiful moss-covered rock garden, but it also has a unique past. Originally established in ancient times (around 605 AD) by Prince Shotoku, the temple was long since abandoned until just 20 years ago when a monk took it upon himself to restore the temple almost single-handedly. While the main halls are more modern, some structures date back to the Edo period, and some of the statues are from medieval or ancient times. 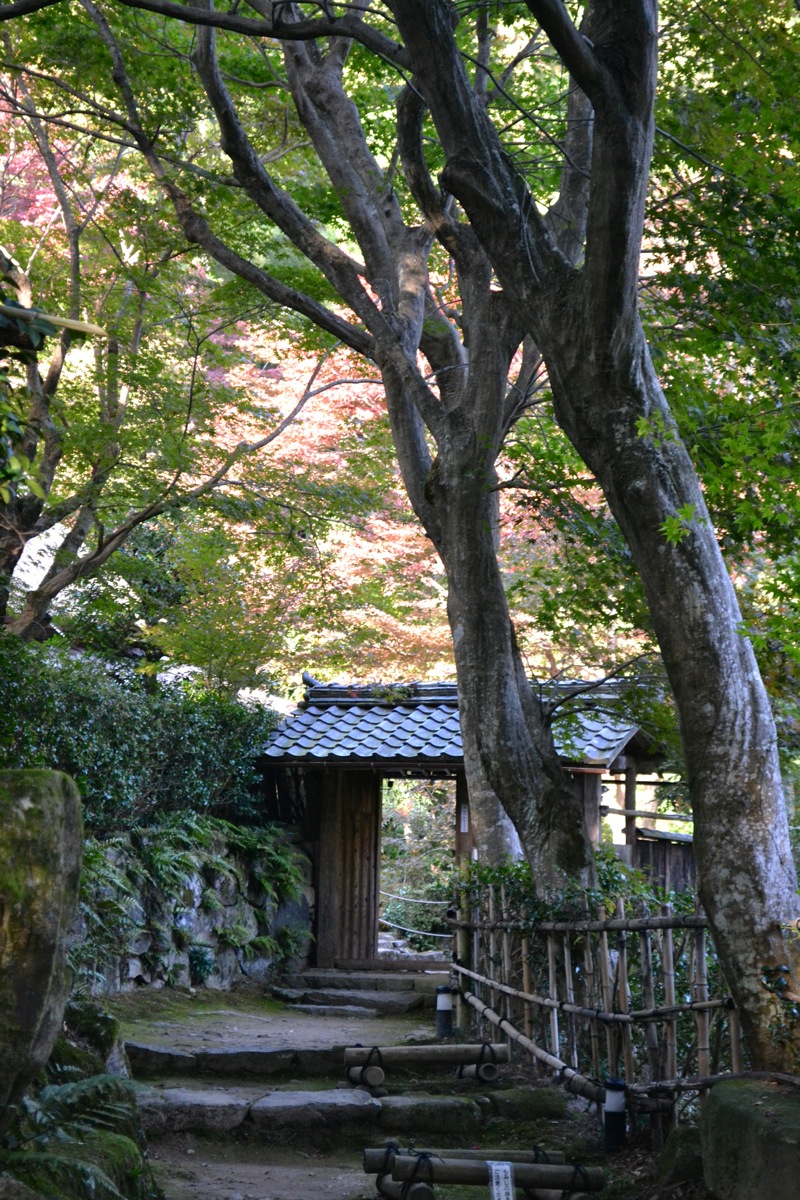 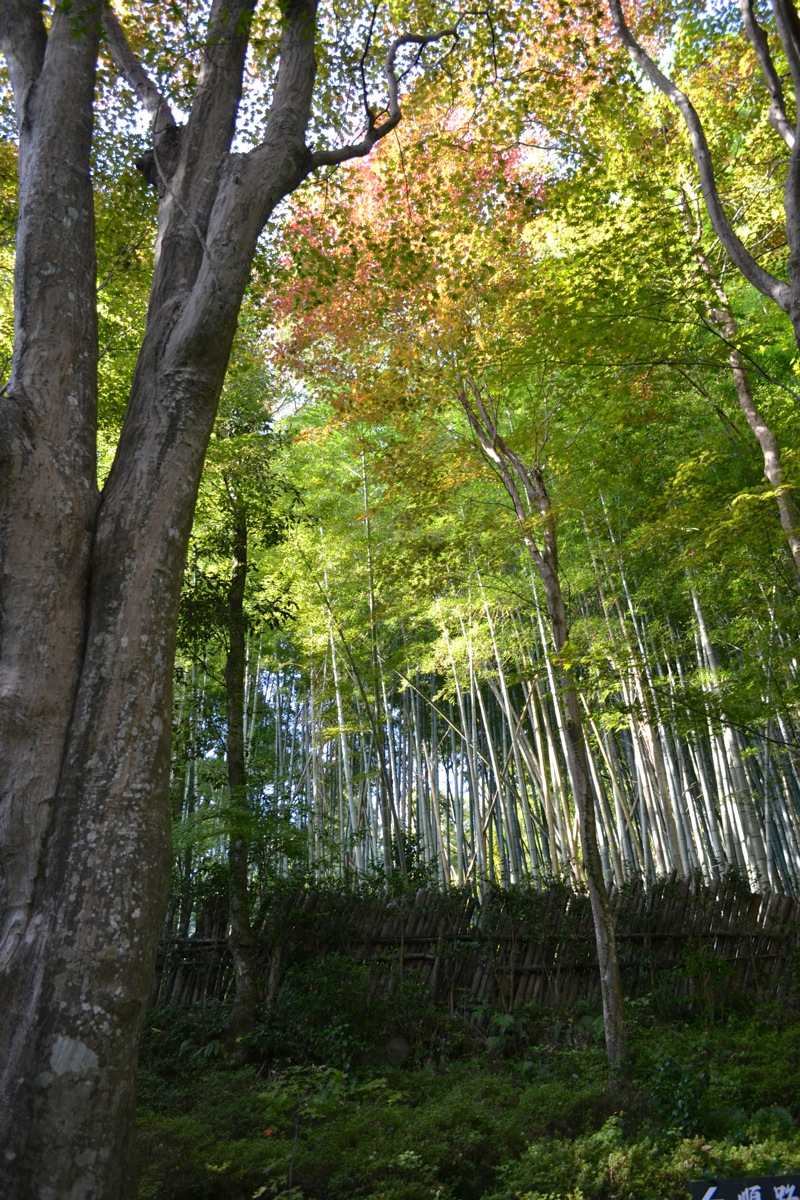 After the short walk up through the outer gate and surrounding bamboo forest, we approached the entrance hall which leads to a walking path around the rock garden, then to a modest main hall housing their buddhist deities. 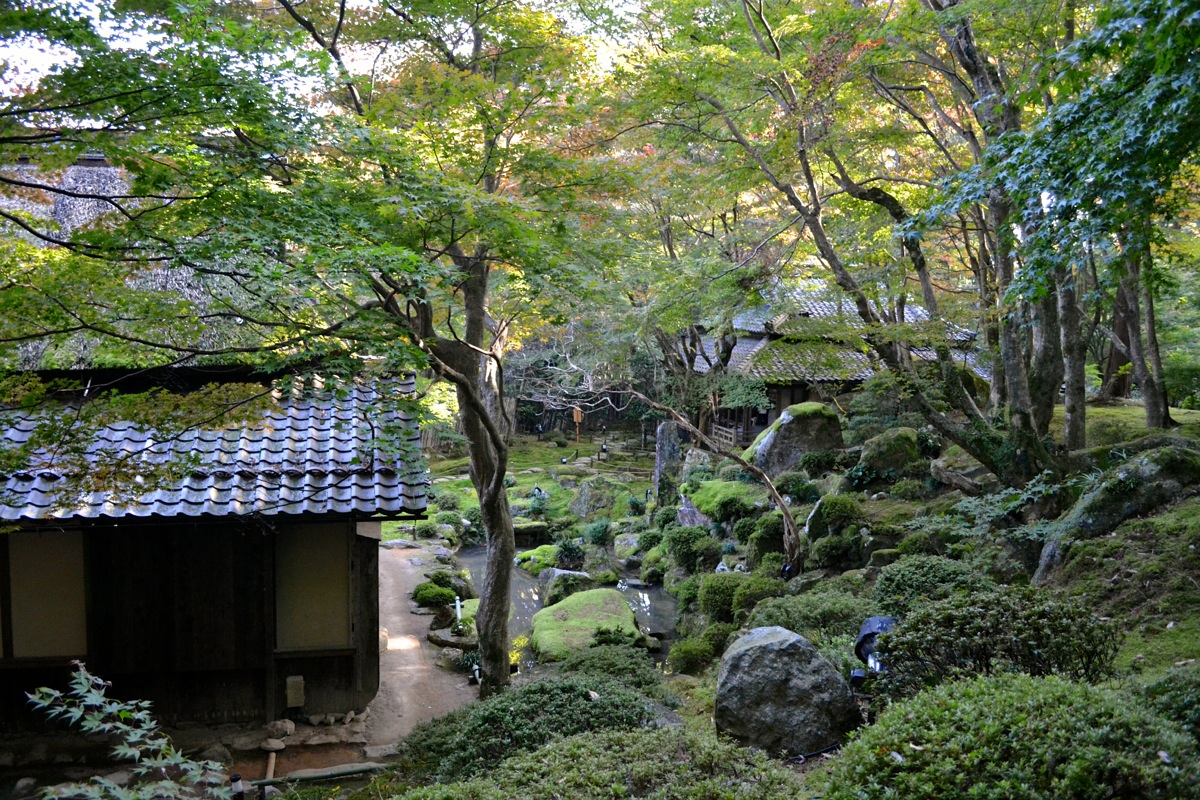 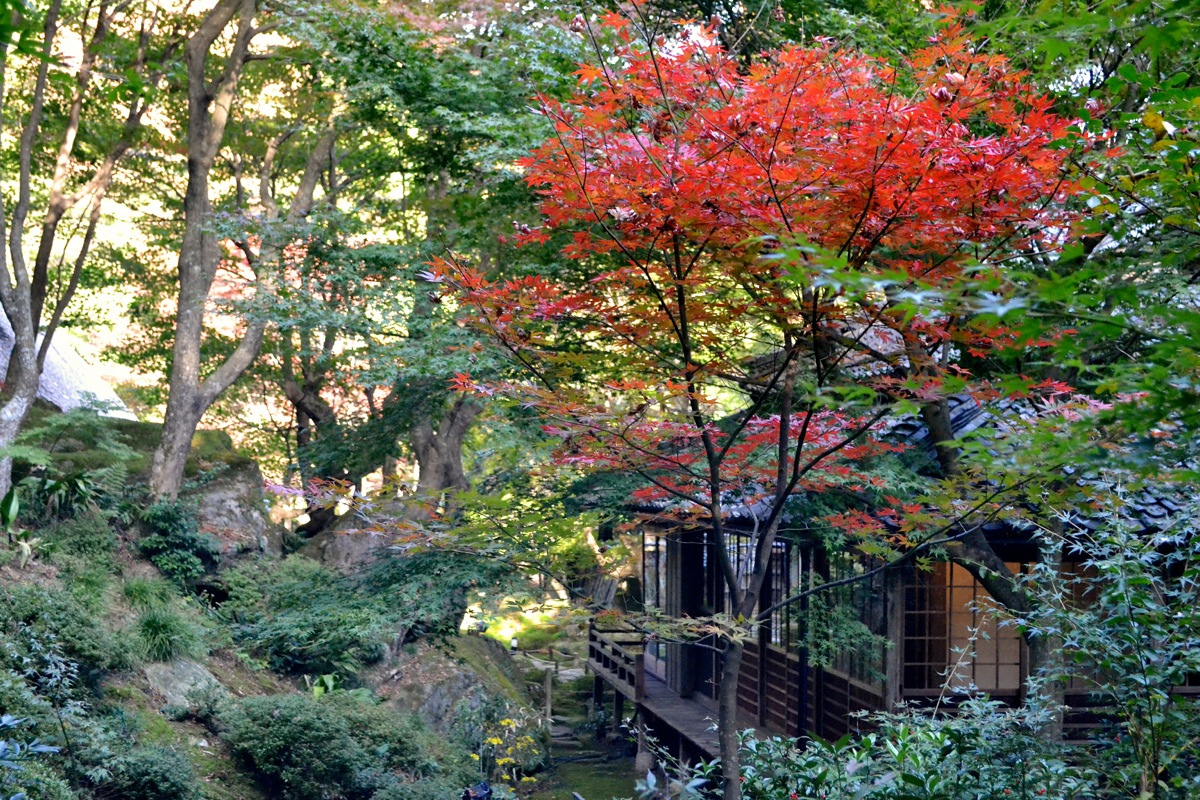 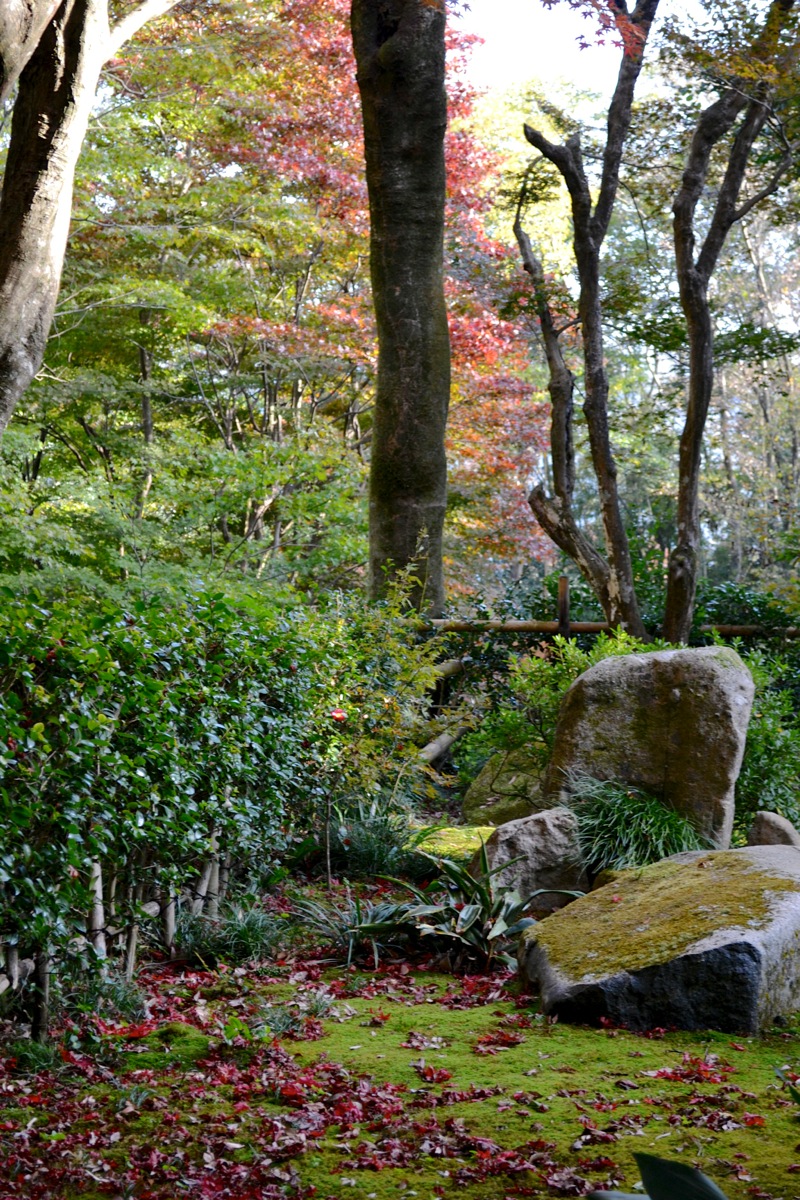 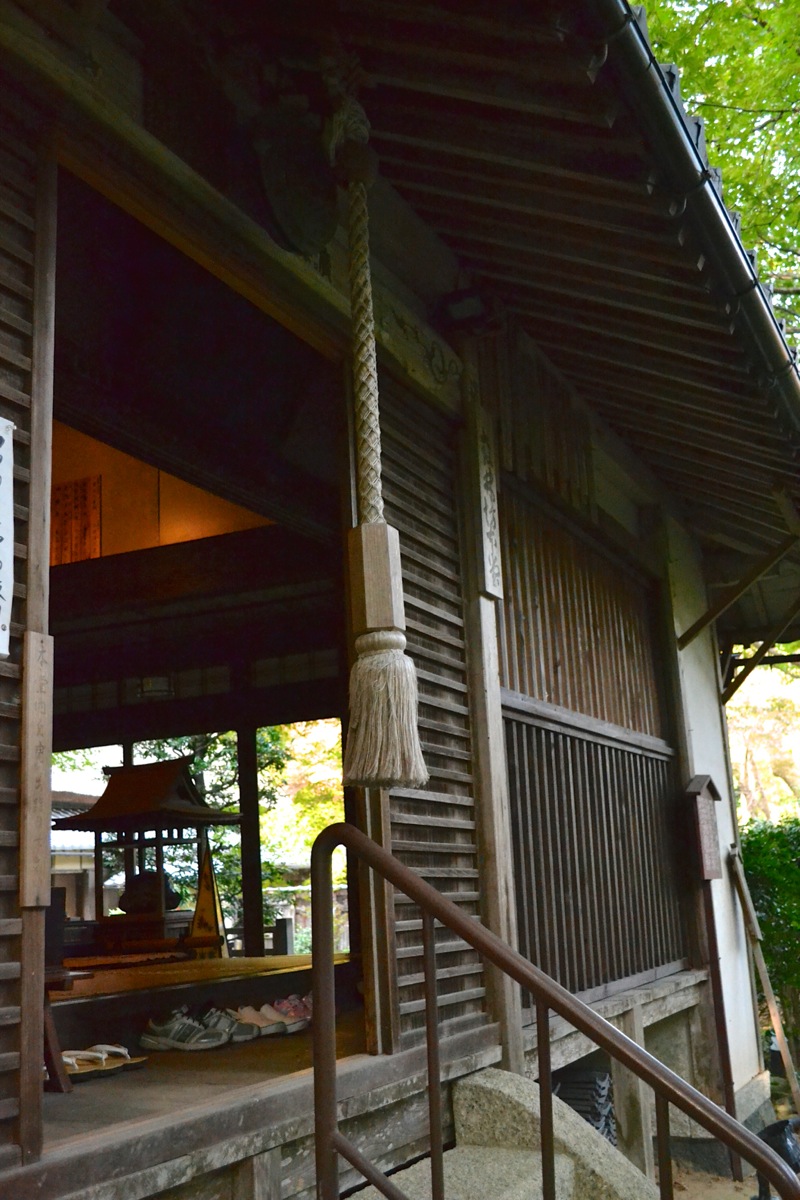 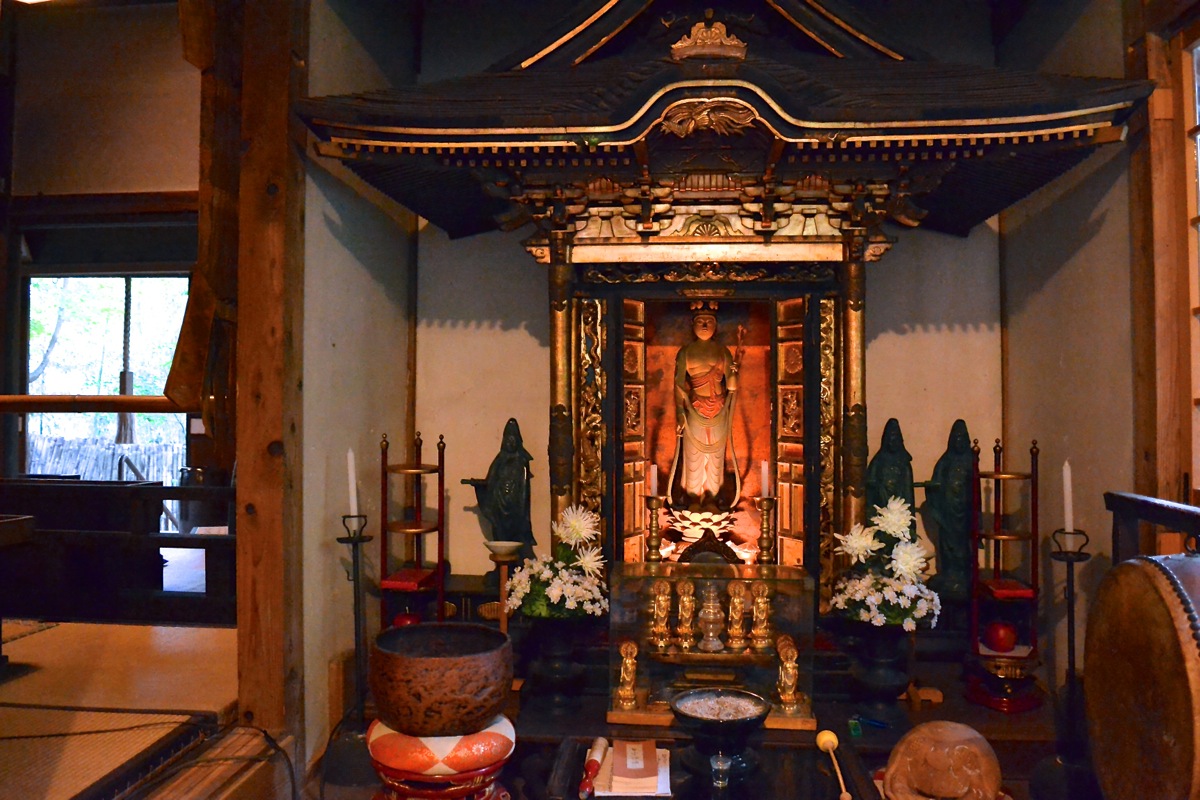 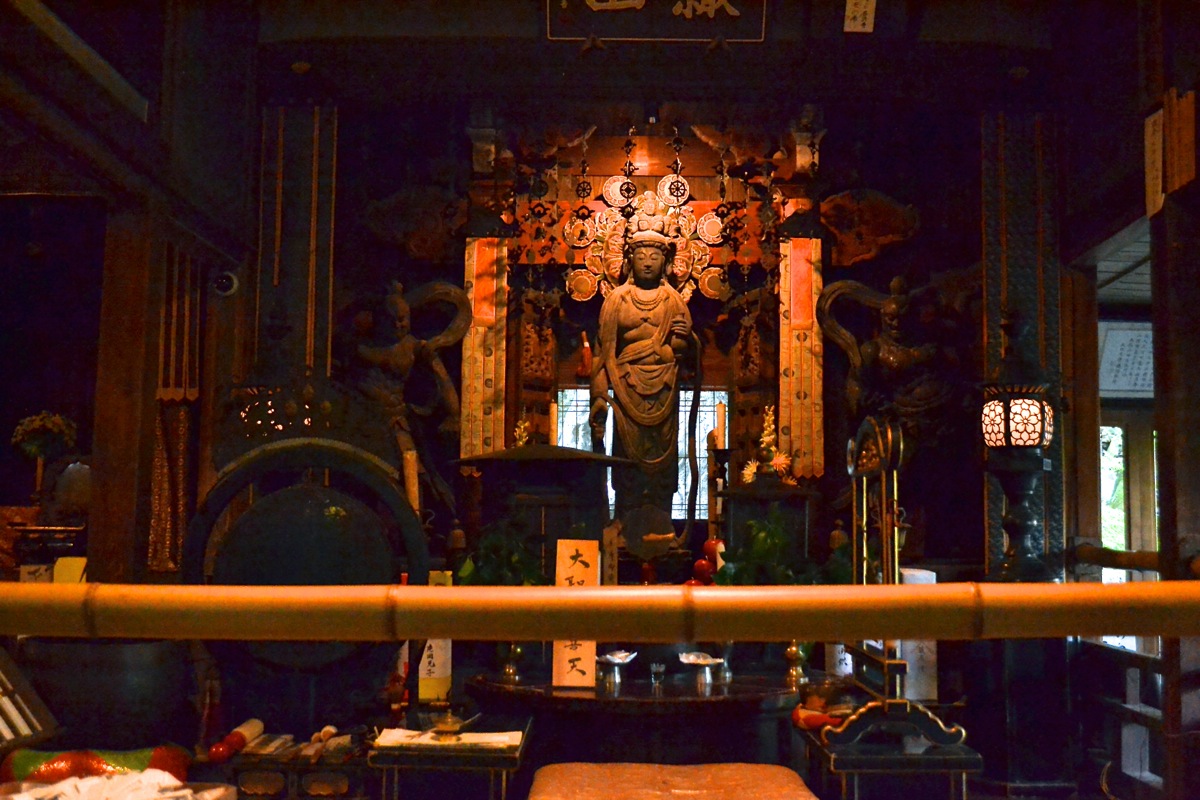 Unlike many temples, this one currently does allow photos inside the hall which was a pleasant surprise. Next the outdoor path continues through the rock garden back to the entrance hall. 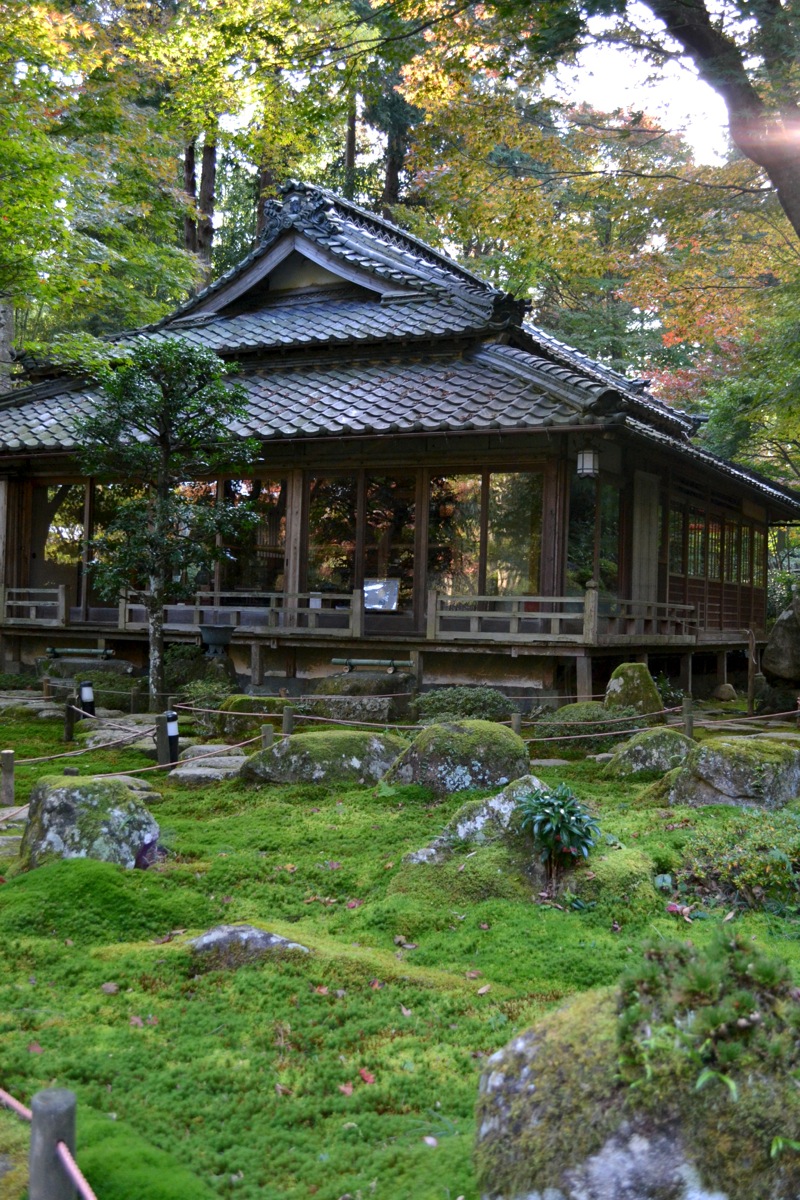 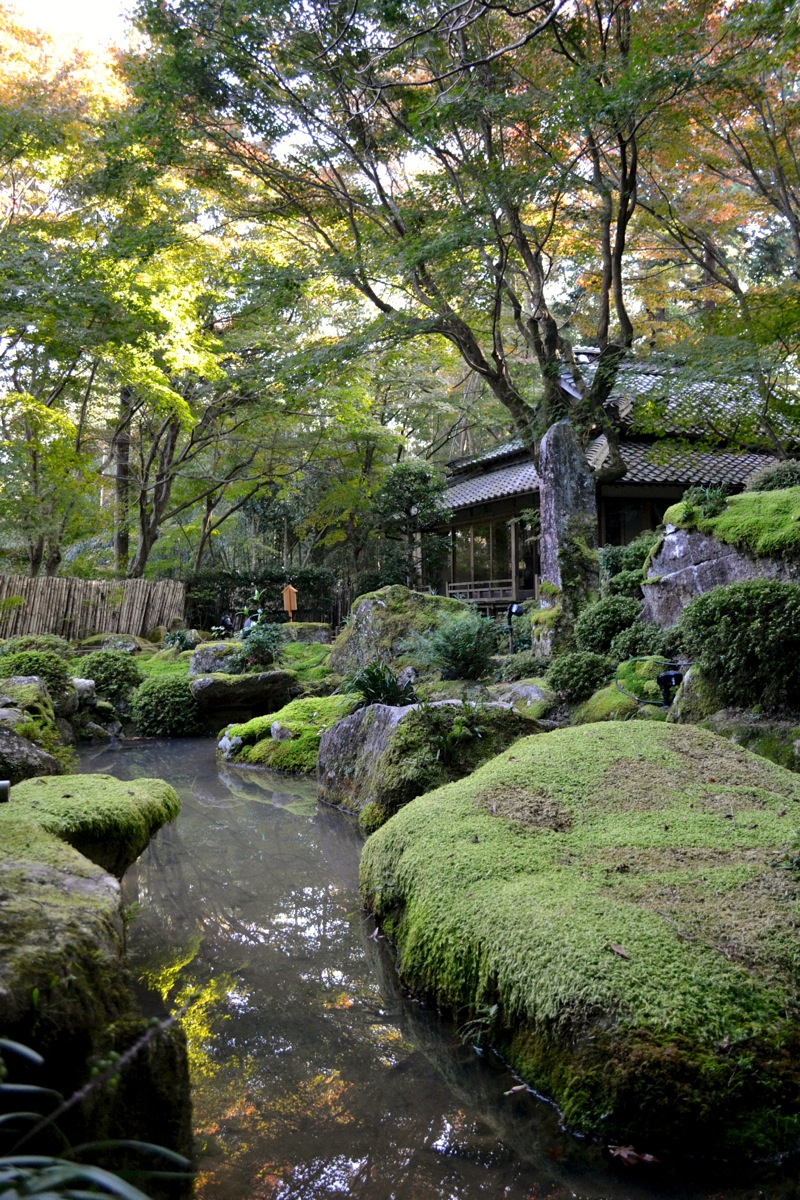 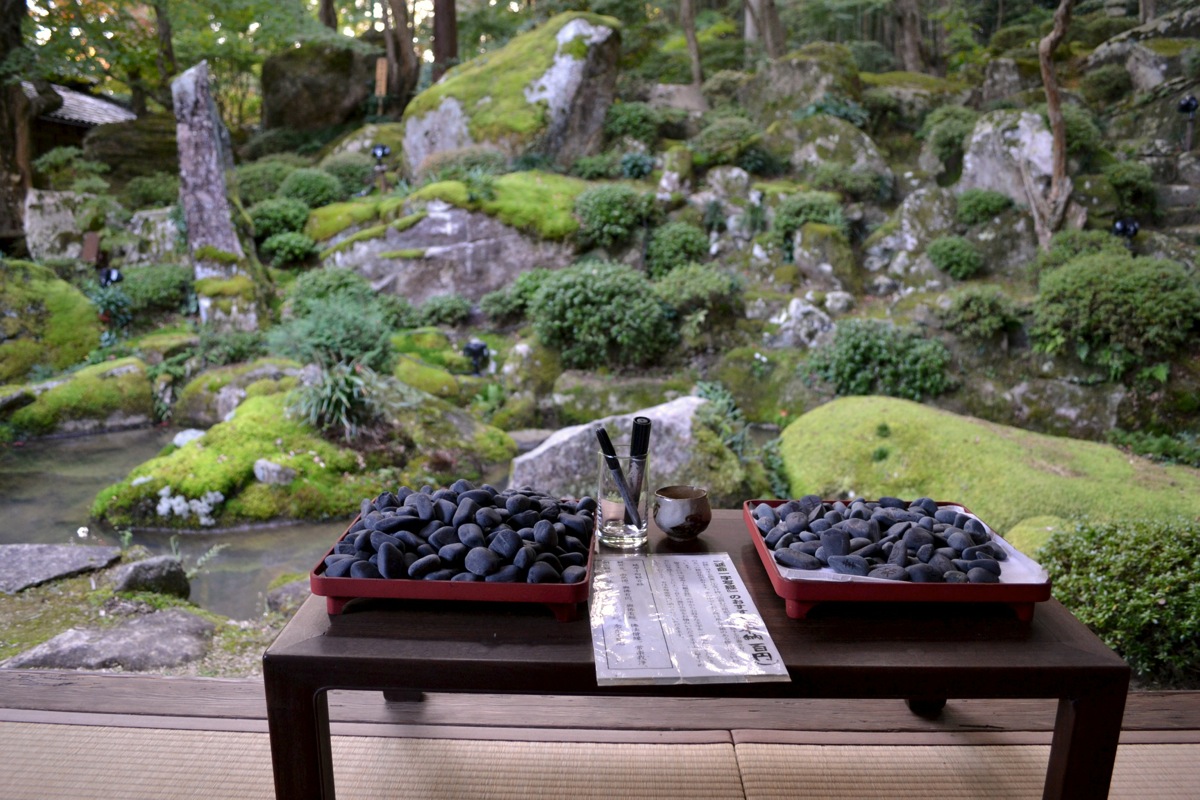 These small stones on the table are for visitors who make a small donation to then write a chosen kanji character on the stone which reflects their desired prayer or wish. There was another small altar in this hall as well as more interesting artwork, and antique decorations. 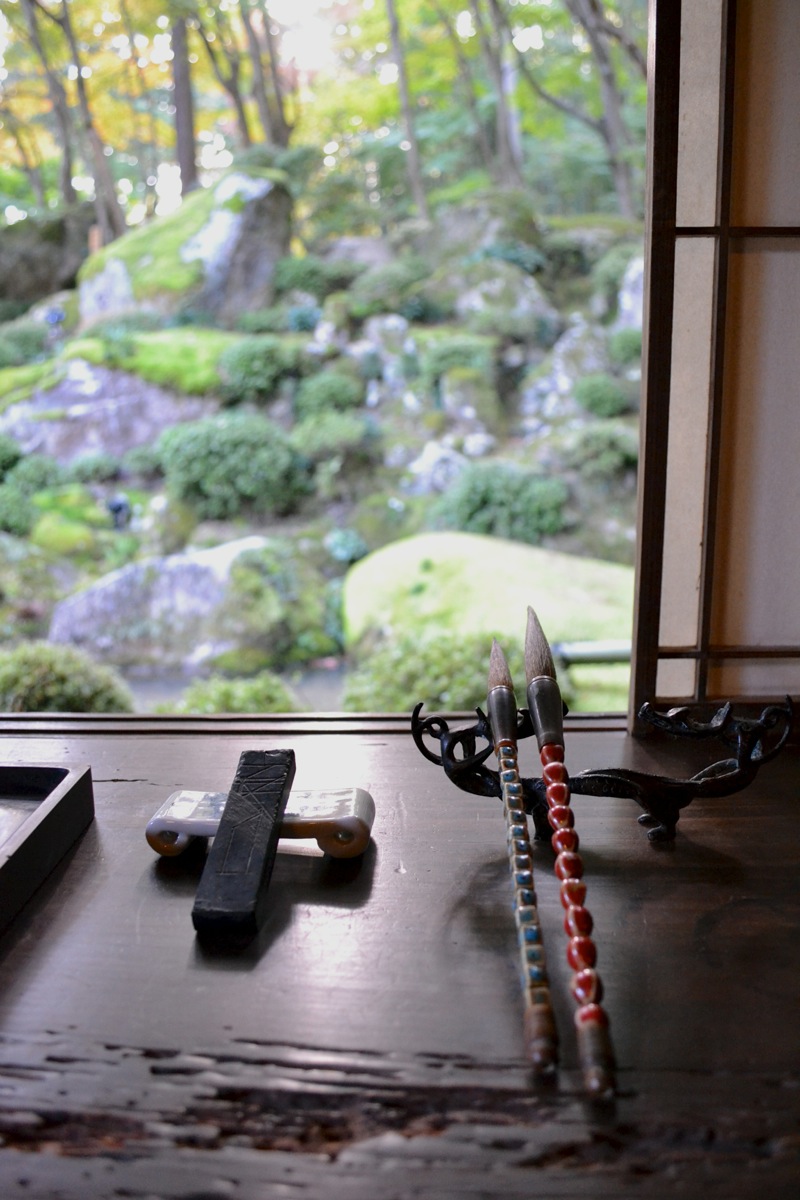 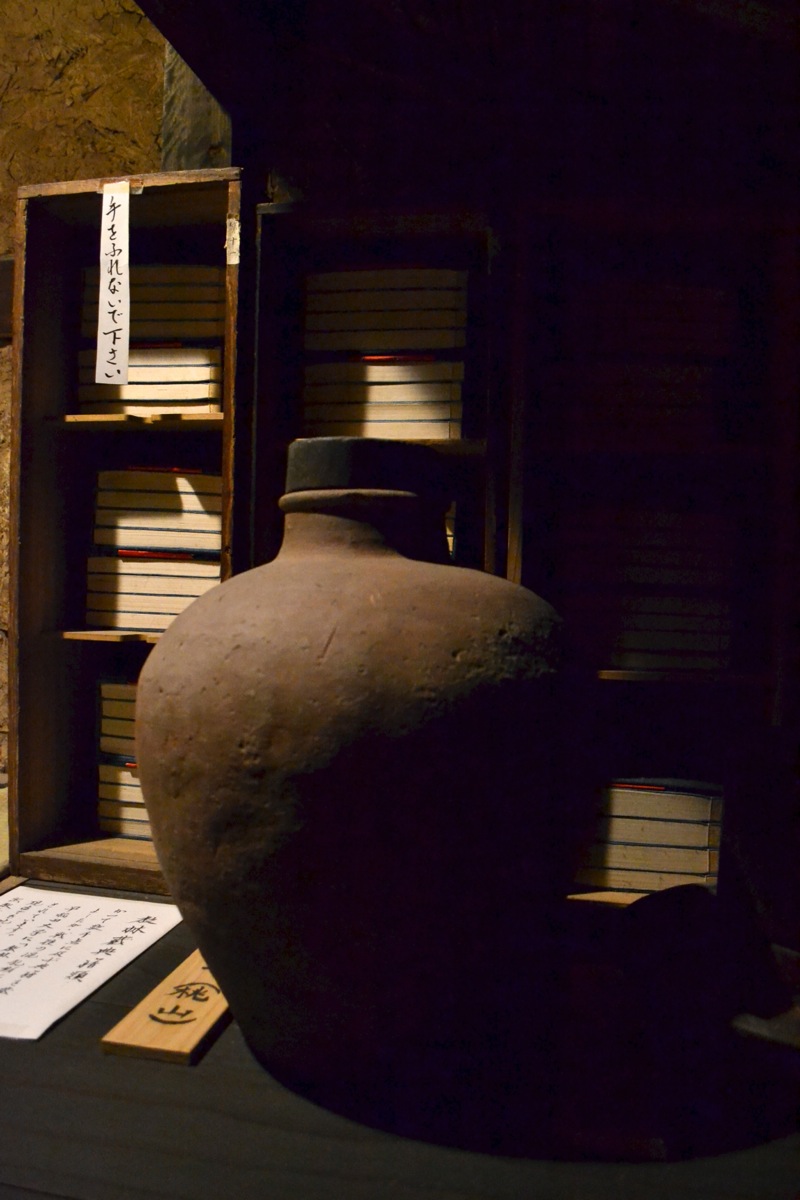 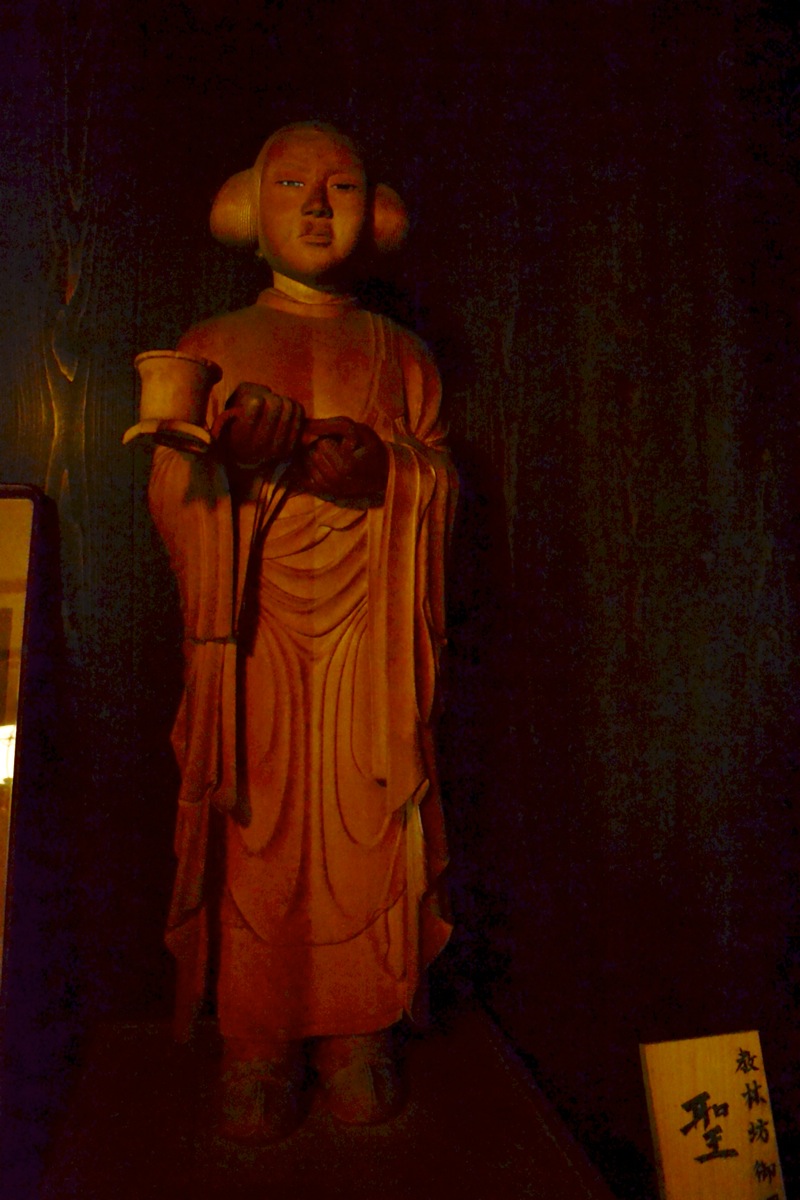 And one last surprise awaited up in the attic of this hall, which houses another small altar tucked under the traditional thatched roof. The inside of the roof is also where visitors tie their omikuji fortune reading papers for good luck. 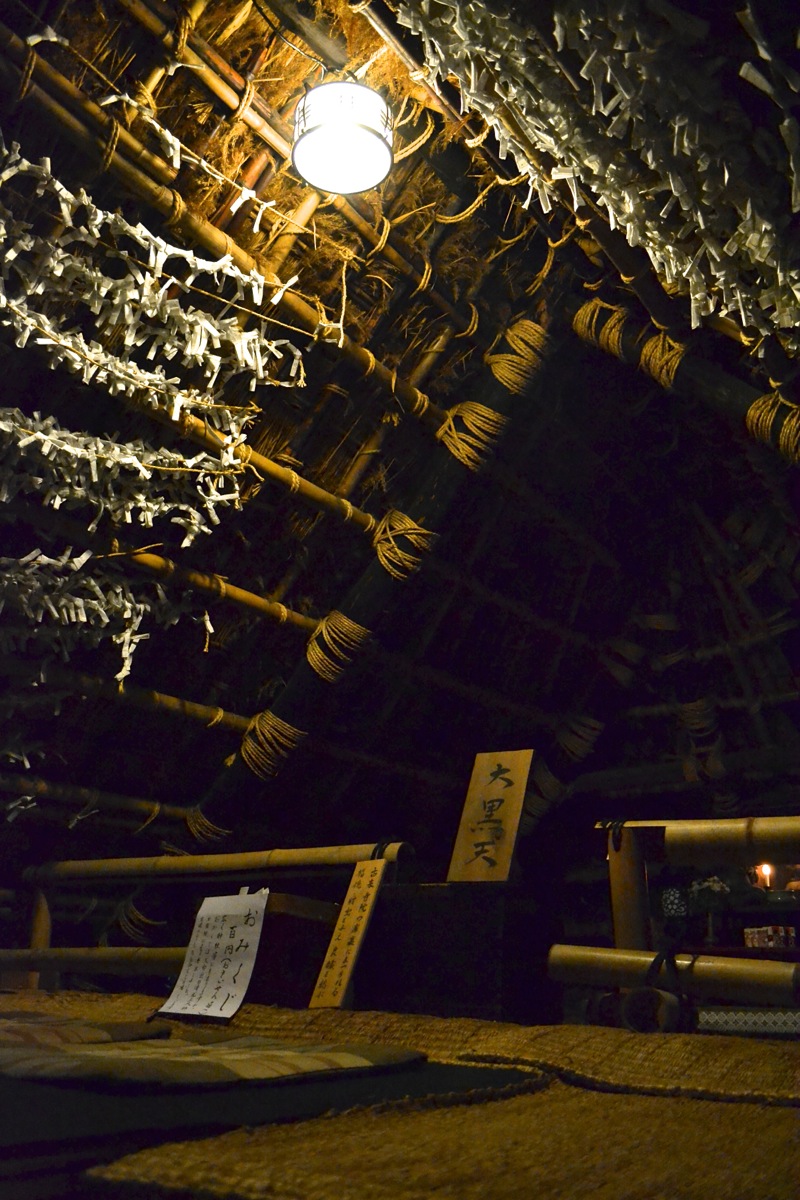 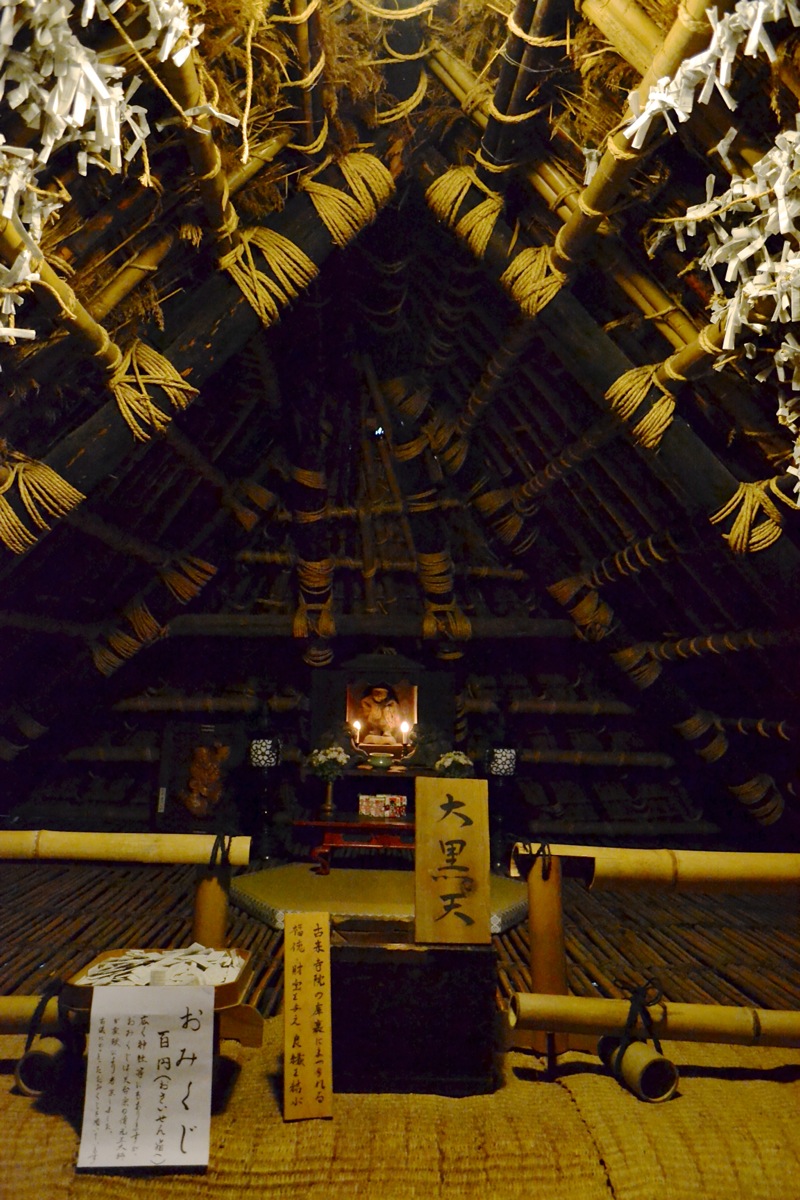 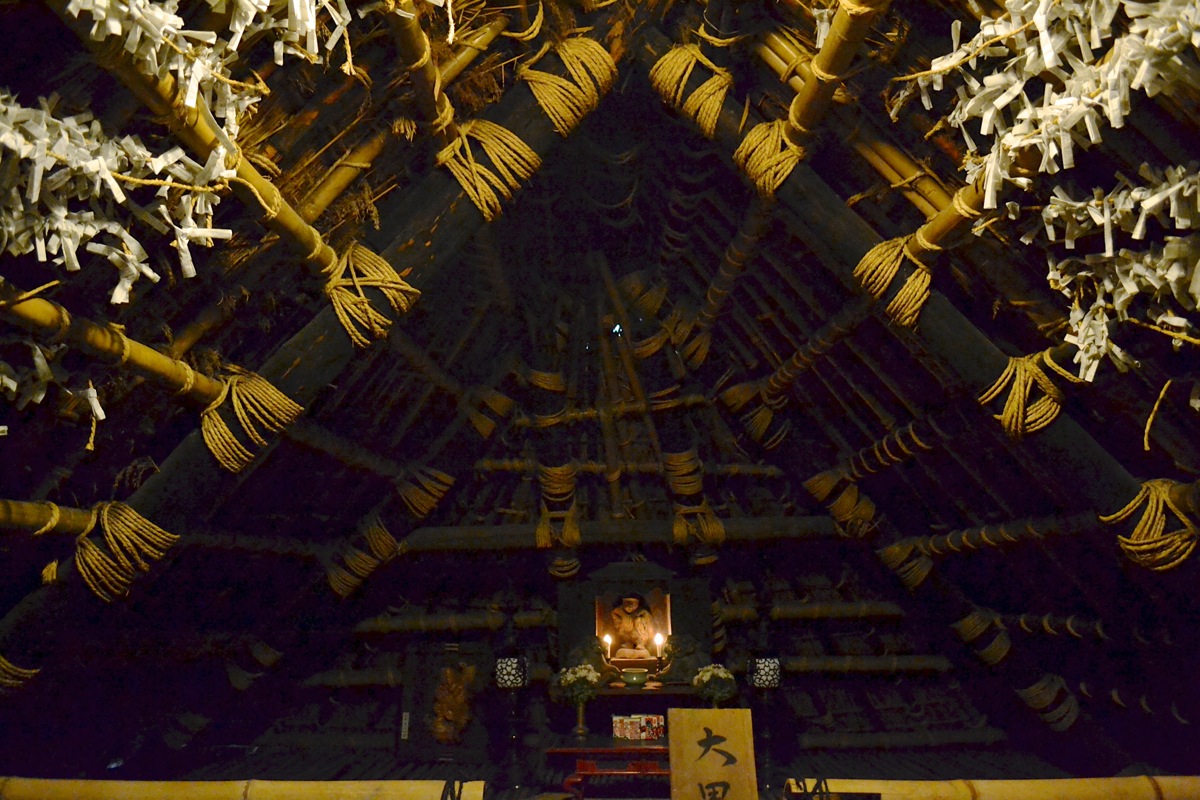 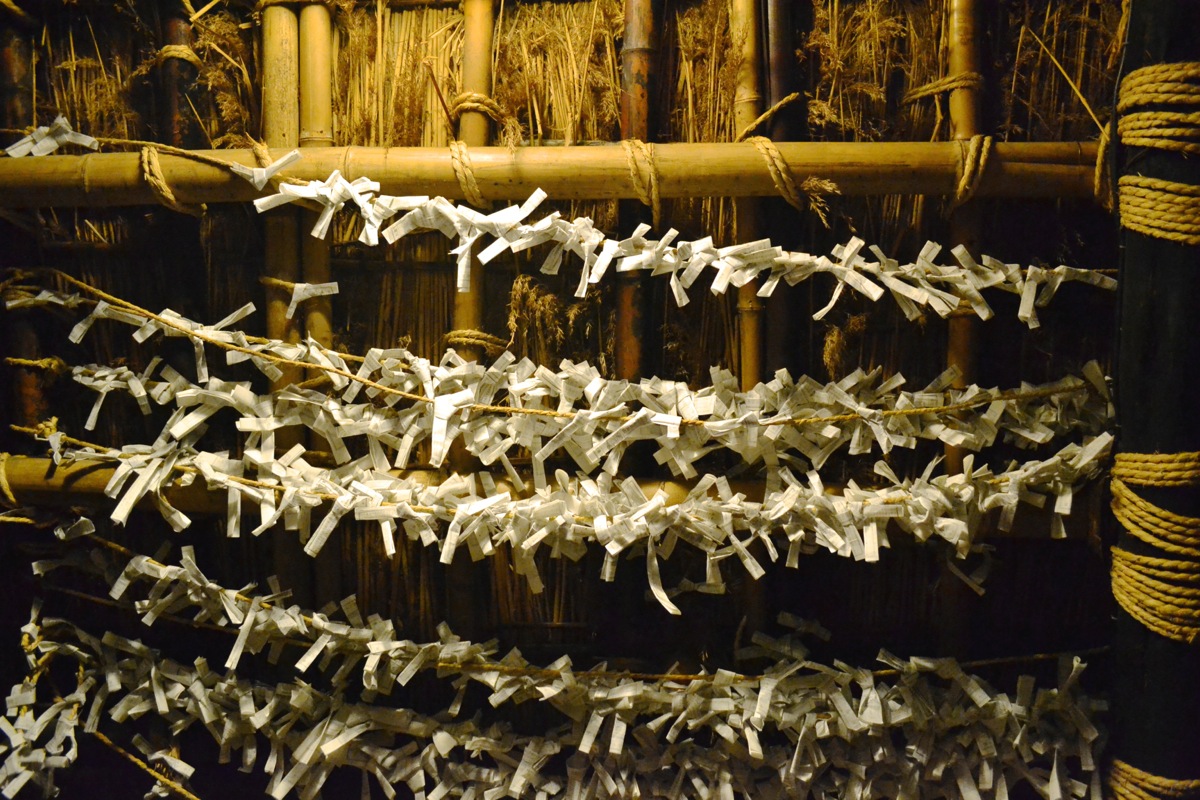 For more info about the temple (in Japanese), see Wikipedia or their homepage. Getting there is doable from JR Azuchi Sta. if you rent a bicylce (there are a couple rental shops by the station) or take a taxi. Biking may take about 20 minutes, but on foot would be more than 40 min. See our map page for more access information.

This temple is usually only open on weekends, but from November to mid-December they open every day and illuminate the garden at night too!